The use of special guardianship orders (SGOs) have grown rapidly in recent years. However, the amount of time allowed to carry out thorough and robust assessments is often limited, particularly when the matter is already in court. At times, this has led to very tragic circumstances such as the death of children at the hands of their special guardians. 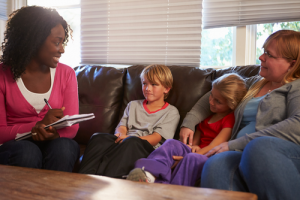 Notwithstanding the limitations on time and pressures as a result of legislation and case law on the social care system generally, there is a solution: training and guidance on how to achieve more effective assessments. We are presenting a free training session at the Marriott Hotel, Grosvenor Square, Mayfair, London W1K 6JP on Securing Better Special Guardianship Orders in Court on 13 November 2017 (see below for more details).

You may be aware from the media of 2 tragic cases – Keegan Downer and Shanay Walker. Both children were placed under SGOs and died as a result of the abuse inflicted on them by their legal special guardians. Both deaths led to serious case reviews (SCR) being undertaken. Better and more robust assessments in the first place might have resulted in very different outcomes for both children.

This child died at 18 months in September 2015, 8 months after she had been placed into the care of her special guardian, Kandyce Downer, a mother with 4 children of her own.

The abuse began 6 months into the placement. The special guardian was charged with murder and in her defence she even tried to blame her teenage son. The evidence found that Keegan had been beaten with great force by Kandyce Downer over a number of weeks leading to the toddler suffering horrific injuries to her legs, ribs, head and spine.

The post mortem examinations revealed that the toddler died from a combination of old head injuries, septicaemia and blunt chest trauma. She had suffered a catalogue of over 150 injuries in her very short life. Kandyce Downer was convicted and received an 18 year custodial sentence.

The SCR found that the assessments and decision-making of placing Keegan with this carer had been flawed. The local authority had prioritised the granting of an SGO over a plan for adoption – no doubt as a result of the impact of Re B and Re B-S (further information on these cases and the impact on local authorities and permanency planning).

The assessment had not identified the need for further support, supervision or monitoring and, as a result, a Supervision Order was not granted alongside the SGO. This would have given the local authority a statutory responsibility of involvement while this order remained in force. Consequently, there was very little supervision or monitoring of the child or her special guardian, once the SGO had been granted.

Clearly the abuse inflicted on the child could not have been foreseen. However, ongoing supervision may have given the local authority and/or other professionals the opportunity to detect concerns or identify signs of abuse and thereby prevent the child’s death.

Shanay died age 7 years, in July 2014, 2 years after being placed in the care of her aunt, Kay-Ann Morris under an SGO. She suffered more than 50 injuries and died from a brain injury. In 2015, the aunt and Shanay’s paternal grandmother, Juanila Smikle, were convicted of child cruelty and received a custodial sentence of 8 years.

Unlike the Keegan Downer case, there was ongoing professional involvement. However, the serious case review found that professionals were manipulated and deceived by the aunt. Concerns, noted by various professionals were not shared between professionals. The harsh parenting style of the aunt’s was noted. This included physical disciplining of Shanay, which the aunt claimed was in response to the child’s self-harming, bed-wetting and general ‘testing’ behaviour. If these concerns had been correctly communicated between the professional then this could have served as early warning signals.

The SCR found that the professionals appeared to have lost sight of the child’s needs. They remained focused on the aunt and her version of events, mistakenly seeing the issues as the child’s behavioural problems as opposed to safeguarding concerns.

As in the earlier case, it could not have been predicted that Shanay was being harmed to the extent that it would result in her death. However, there were signs that professionals could have explored further.

The need for robust assessments

Both these cases demonstrate the clear need for robust SGO assessments, as required by The Special Guardianship (Amendment) Regulations 2016. (See our earlier legal briefing on this.)

Without robust SGO assessments, tragic but avoidable events as illustrated by the 2 cases above, could be repeated. Evidence based assessment with clear analysis is vital – not only assessing the needs of the child but also of the carer’s ability to understand and meet the child’s current and likely future needs.

Shefali Shah of Kingsley Knight Legal Training is running a session called Securing Better Special Guardianship Orders in Court on 13 November 2017 at 10am.

This training session will provide insights on how to deal with the challenges faced by social care professionals associated with the granting of an SGO. The event is free* to attend for registered social workers and local authority staff.

We do hope to see you there. If not, feel free to get in touch as we have training courses on SGO and other related legal topics.

We are specialist in providing legal and social care training so do please contact us (info@kingsleyknight.co.uk or 01908 969 039) for a no obligation discussion of any specific training needs you may have.
Copyright: The content of this legal briefing is copyright of Kingsley Knight. It can be printed and downloaded free of charge in an unaltered form on a temporary basis, for personal use or reference purposes. However it is prohibited for any content printed or downloaded to be sold, licensed, transferred, copied or reproduced in whole or in part in any manner or in or on any media to any person without the prior consent of Kingsley Knight

Disclaimer: The contents of this guide are for information and are not intended to be relied upon as legal advice.

This website uses cookies to improve your experience while you navigate through the website. Out of these cookies, the cookies that are categorized as necessary are stored on your browser as they are essential for the working of basic functionalities of the website. We also use third-party cookies that help us analyze and understand how you use this website. These cookies will be stored in your browser only with your consent. You also have the option to opt-out of these cookies. But opting out of some of these cookies may have an effect on your browsing experience.
Necessary Always Enabled
Necessary cookies are absolutely essential for the website to function properly. This category only includes cookies that ensures basic functionalities and security features of the website. These cookies do not store any personal information.
Non-necessary
Any cookies that may not be particularly necessary for the website to function and is used specifically to collect user personal data via analytics, ads, other embedded contents are termed as non-necessary cookies. It is mandatory to procure user consent prior to running these cookies on your website.
SAVE & ACCEPT