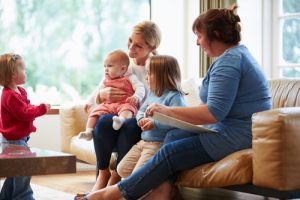 A recent case highlights the importance of social work case records, in which the Judge advised the local authority to undertake training in gathering, preserving and disclosing evidence.

Don’t be left vulnerable to the consequences of poor evidence, read the tips provided by Kingsley Knight on the importance of contemporaneous notes.

This is a children’s case, however the issues that arose are equally applicable to adult cases.

This case was also the focus of an article in community care titled “Judge blasts social worker’s “wholly inappropriate record keeping in a case that saw family spilt for six months.” I was invited to comment upon this case and you can read it here.

Facts of the case:

The case concerns two small children M and N, who lived with their mother and her partner, referred in the judgement collectively as the parents. N, the younger of the two children, (born in 2017) suffered a serious injury to her clavicle and bruising to her neck. The parents gave two possible explanations; firstly that this was an accidental injury, caused by the child’s seatbelt. This was dismissed by the treating paediatrician. The parents’ second explanation was that N had been injured by her half-sister M (born 2013) who had tripped and fell on N.

The social worker who undertook the critical interviews of the family members did not write up her formal case notes of these meetings until 2 weeks after meetings. In court, it became clear that the delay of writing up the case records had impacted on the reliability of the social worker’s memory of the events.  As a result the social worker’s retained hand written notes were produced the next day at court.

On their production, the Judge was critical of these handwritten notes, they were undated, failed to accurately record who was present, illegible, disjointed, and unprofessionally prepared. It was further noted that the social worker had to translate the handwritten notes which were described by the Judge as “illuminating”.

Another key issue was the social worker’s formal case notes had not recorded the family living room plan which had been recorded in the handwritten contemporaneous notes. This floor plan was important as it assisted to understand the parents’ second explanation of how the injury had occurred.

The local authority was criticised for failing to prepare its case in way that demonstrated a clear sequence of events supported by contemporaneous notes. As a result this poor evidence was incorrectly relied upon by the experts. Resulting in the experts being deprived of corroborative evidence to explain how the neck could have been bruised, but not the body. The impact of this was that at court the medical experts agreed that N could have been injured by M falling on her as described by the mother in the second explanation. This resulted in the Judge finding that the injury was accidental and the local authority applying to withdraw the care proceedings.

Robust evidence starts with your notes

This case clearly demonstrates the need for robust, and coherent contemporaneous evidence, which starts off with reliable and clear case notes, which as the judge commented in this case requires correct gathering and recording proper notes. Social work notes are critical and will be relied upon not just by the local authority, but other experts as in this case as part of their medical analysis. This case also highlights the importance of clear detailed contemporaneous notes which are essential particularly if there is going to be a delay in writing up the formal case notes as relying on your memory can leave you vulnerable to very difficult and complex cross examination.

The judge in M and N’s case took the view that training is crucial. We at Kingsley Knight Training regularly provide training to social care professionals on court report writing which includes good practice and case law to assist in understanding the court’s expectations.

We are often asked in training whether workers should keep their notes or should they be destroyed after the formal case notes are written up. In relation to critical meetings; the court’s view was clearly provided in the case of  L, Re (Care: Assessment: Fair Trial) [2002]. In this case Munby J advised that all professionals should at all times keep clear accurate, full and balanced notes of all relevant conversations and meetings between themselves and family members. The Judge also advised that the local authority should at an early stage of the proceedings make full and frank disclosure of all key documents. [para 154].

Training on gathering and recording evidence will  also support in the presentation of robust evidence in court.  It will not only support the local authority’s case but will also assist the social worker in presenting their evidence effectively and confidentially even when faced with vigorous cross examination.

How we can help

We are specialist in providing legal and social care training. If you require bespoke and practical skilled based training on, Effective Case Recordings, Writing Court Reports, Presenting Robust Evidence and related subjects please contact us or call us on 01908 969 039 for a no obligation discussion.

Copyright:The content of this legal briefing is copyright of Kingsley Knight Training. It can be printed and downloaded free of charge in an unaltered form on a temporary basis, for personal use or reference purposes. However it is prohibited for any content printed or downloaded to be sold, licensed, transferred, copied or reproduced in whole or in part in any manner or in or on any media to any person without the prior consent of Kingsley Knight

Disclaimer:The contents of this guide are for information and are not intended to be relied upon as legal advice

This website uses cookies to improve your experience while you navigate through the website. Out of these cookies, the cookies that are categorized as necessary are stored on your browser as they are essential for the working of basic functionalities of the website. We also use third-party cookies that help us analyze and understand how you use this website. These cookies will be stored in your browser only with your consent. You also have the option to opt-out of these cookies. But opting out of some of these cookies may have an effect on your browsing experience.
Necessary Always Enabled
Necessary cookies are absolutely essential for the website to function properly. This category only includes cookies that ensures basic functionalities and security features of the website. These cookies do not store any personal information.
Non-necessary
Any cookies that may not be particularly necessary for the website to function and is used specifically to collect user personal data via analytics, ads, other embedded contents are termed as non-necessary cookies. It is mandatory to procure user consent prior to running these cookies on your website.
SAVE & ACCEPT